A Just and Prosperous State with and for Black Minnesotans.

We are the Minnesota Business Coalition for Racial Equity.

And we have seen

After the killing of George Floyd, we have seen what cannot be unseen. Systemic racism has taken a toll on Black Minnesotans for far too long. It’s time for the business community to do more to eliminate racial disparities because our state’s future depends on it.

Across a whole range of economic, education, and health measures, the gaps between Black Minnesotans and White Minnesotans are among the widest in the country. The twin forces of rising diversity amidst persistent exclusion from the economy form a core challenge that the business community must address to remain competitive.

At MBCRE, we are different. We are a collective impact organization working with the business community across the state of Minnesota. We believe that through our collective action, we can build an equitable, inclusive and prosperous state with and for Black residents.

We are focused specifically on improved economic outcomes for the Black community in our state.
We work across sectors and levels in the business community in pursuit of prosperity and justice for Black Minnesotans.
We are here to honor existing work already being done in the community.

We hope you will join us in these efforts.

How We Are Helping

We intend to apply our expertise, experience and resources in three pillars as we work to overcome systemic racism.

Employment Opportunity
Close the wage gap by hiring, retaining, and promoting Black Minnesotans across all levels in MBCRE member companies.

It is incumbent upon organizations committed to racial equity to challenge ourselves to reflect, empathize, act, and learn. We have developed actionable resources and made them easily accessible to organizations, diversity and inclusion practitioners and individual users alike. We developed the Allyship Toolkit as a learning space for our Coalition Members and others to deploy Ally programming within their organization in order to build a community of Allies committed to supporting Black Minnesotans.

We cannot do this alone.

Get involved, take action and help us eliminate systemic racism.

The Minnesota Business Coalition for Racial Equity (MBCRE) is composed of members acting together to advance our principles. With a focus on businesses and large employers, we invite other organizations to join us to advance our mission.

Members are committed to: 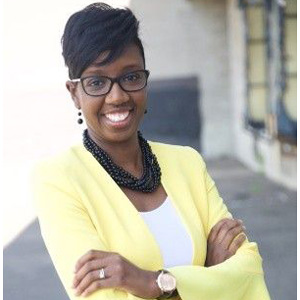 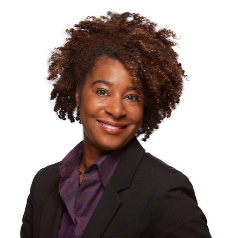 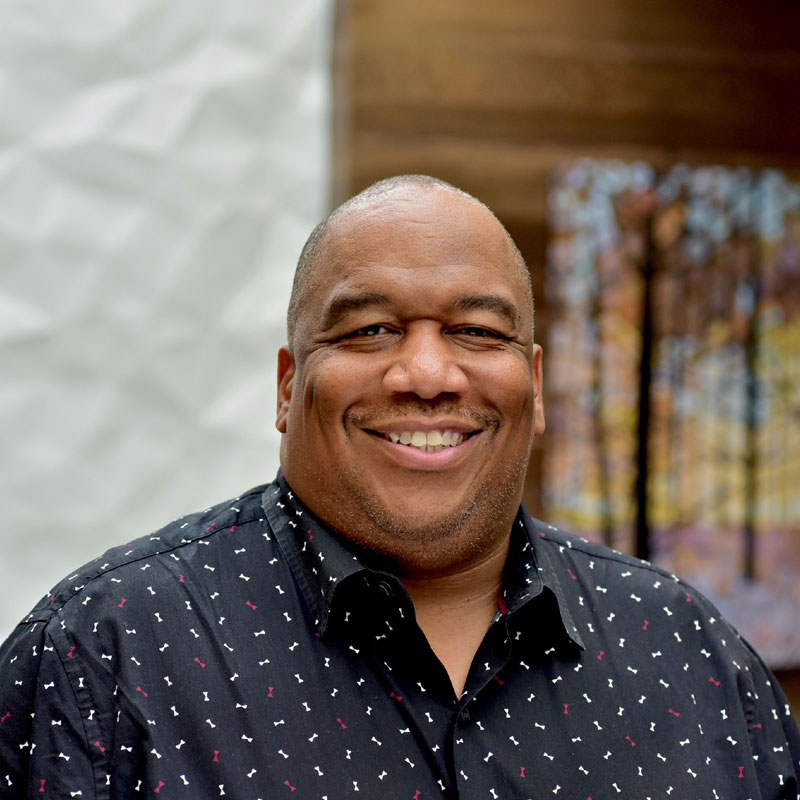 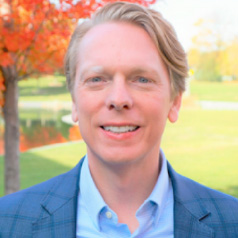 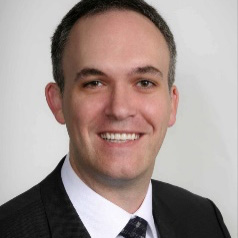 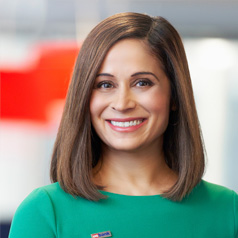 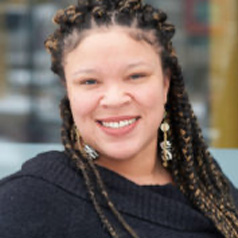 US News: The Minnesota Microcosm – Why a Uniquely Successful State Is Worth Watching

August 3, 2022 (US News) — Everywhere you look, the American economy finds itself at a significant crossroads. Declining GDP. Growing inflation. Rapid technology growth. The ongoing fight against COVID-19. And a racial reckoning that is changing the conversation about opportunity in America.
For anyone trying to understand this inflection point, I believe Minnesota offers an essential view to understand this moment – and predict what’s next.

The state’s unique economic success story offers many lessons. Moving forward, the way Minnesota responds to the racial disparities that were amplified on a global stage following George Floyd’s murder here will reveal much about how the U.S. will be able to grow.

I came to this view as someone who grew up in the state but spent most of the last 20 years in Silicon Valley working at Google. I returned here four years ago, and began serving as Minnesota’s economic development commissioner under Gov. Tim Walz.

Bringing fresh eyes to a state I’ve always called home, I’ve rediscovered an economy that punches far above its weight – for most people.

U.S. News has ranked Minnesota in the top three of its Best States rankings every year since it began the analysis. This month, the state logged the lowest unemployment rate ever recorded in American history – an eye-popping 1.8%. We also have one of the top labor force participation rates in the country, and a 5-year business survivability rate consistently ranked near the top in the nation.

We’re ranked among the best states to raise a family, the least-stressed states in America, and have ranked number one in voter participation for decades (in a state that’s consistently purple) – all validation of a model that seems to be working well.

However, that wasn’t always the case.

For much of the 20th century, Minnesota ranked below average on many economic metrics. But in the early 1970s, the state orchestrated what’s often called the “Minnesota Miracle” – a dramatic reshaping of state taxes for K-12 schools, reducing their dependence on local property taxes. Combined with a rapid growth in the supercomputer industry here, Minnesota saw its economic and educational prospects soar.

Continued investments in talent have paid off. For example, Minnesota pioneered one of the only state-driven Workforce Development Funds in the country – leveraging a payroll tax on employers to train the workers they need. With some of the strongest graduation rates in America, that talent built the densest Fortune-500 market in the U.S., and one of the most diverse state economies in America.

All these things give Minnesota unique bellwether status.

Want to see how inflation and supply chain woes are affecting business? Look at our retail giants like Target and Best Buy.

Want to see how the country is keeping people healthy in the wake of COVID-19? Look no further than Mayo Clinic, the nucleus of “Medical Alley,” the number one medical technology cluster in the world.

Want to see how startups are building the next big thing? Our innovation ecosystem in the Twin Cities is rapidly growing and recently named a top-5 emerging startup market.

Yet the racial economic disparities here, like America as whole, remain our primary impediment to growth. Just one example: Remember that 1.8% unemployment rate? For Black Minnesotans, the rate is almost three times that of whites.

These disparities have been around for a long time and are mirrored across America. Floyd’s murder brought fresh moral outrage to them. But there’s an economic outrage, too.

America’s racial wealth gap will cost the U.S. economy between 1-1.5$ trillion in GDP by 2028 if nothing changes. In Minnesota, 70% of our population growth in the next 10 years will come from people of color. The future of our country’s economy depends on our ability to transform the systemic racism that is holding it back.

Can Minnesota – the state where the national movement on racial equity has gained new momentum – get it right? The last two years have shown some signs for hope. Galvanized by the global attention and pressure this moment brought, grassroots activists and leaders have been treading new ground.

A few months ago, a group of banking leaders collaborated to bring the first Black-owned bank to Minneapolis, capitalizing it with their own assets. They did so on their own, without government intervention.

Minnesota’s top companies formed the Minnesota Business Coalition for Racial Equity, a group focused on eliminating racial disparities through collective action. And the locally based McKnight Foundation has started the GroundBreak Coalition, a group of business, government and community leaders who’ve come together with a goal to raise $2 billion in capital to focus on equitable economic growth.

Meanwhile, Gov. Walz has been able to collaborate with legislators on several packages that have advanced small business growth in Black and brown communities, including a special fund focused on rebuilding the corridors hit by the civil unrest following Floyd’s murder. With a divided legislature, that hasn’t been easy. But in the past three years, the governor has quadrupled the amount of dollars our agency has funneled to businesses led by people of color.

Just last week, the Governor’s Council on Economic Expansion, comprised of 15 business, labor and community leaders, released its final report: Minnesota’s Moment: A roadmap for equitable economic expansion. It calls out this inflection point in Minnesota and outlines a series of steps that must be taken to transform the economy.

It’s an exceedingly practical roadmap, as applicable in any state as it is here.

How America handles its economy in these next few years will affect the next few decades of growth. In Minnesota, we’re meeting this moment with new focus and energy. If we are able to get it right here, I believe it could offer not just hope for the rest of the country – but a valuable model for success.

August 1, 2022 (Star Tribune) Minnesota is a great place to live — unless you’re Black. That’s a saying I’ve heard time and again, and for many persistent disparities in education, income and homeownership bear that out. As we come upon our second year of the Minnesota Business Coalition for Racial Equity (MBCRE), our 70-plus member companies […]

July 21, 2022 (Spokesman-Recorder) The Lake Street corridor has a long, storied history. Early on it was a dirt road stretching across South Minneapolis. Then it became a transportation route. From there, it evolved into a busy corridor of retail shops, restaurants and auto dealers. Over the decades, Lake Street has seen good times and […]

The Minnesota Business Coalition for Racial Equity (MBCRE) brings together Minnesota’s leading businesses and organizations to build an equitable, inclusive and prosperous state with and for Black residents. Tiffani will manage all aspects of day-to-day operations, oversee the budget, and act as the external spokesperson for the MBCRE.  She will be responsible for developing and […]

Click here to urge state leaders to prioritize reform before the end of this legislative session.

April 21, 2021 (New York Times) — George Floyd’s killing ignited violence and unrest last summer that forced Target to shutter a number of its stores and limit hours in others. More broadly, it set off a social reckoning across corporate America, as business leaders sought to address racial inequity both within their own walls and the […]

Dear MBCRE members, As the community continues to mourn and transform since the murder of George Floyd, we acknowledge the ongoing investigation into his death and the emotional distress it causes our community. It’s important as allies and leaders that we continue to listen with empathy and to recognize the impact these events have on […]

According to the ALANA Community Brain Trust, the opportunity cost of racism in Minnesota, via loss of income, lack of home ownership to tax burdens and business losses, is estimated to be $287 billion dollars. As a state, we have grown familiar with commonly cited disparities, maybe even comfortable. But on May 25, 2020, we […]

If you are interested in knowing more about the Minnesota Business Coalition for Racial Equity, or are a member of the media, please contact us at: info@mbcre.org